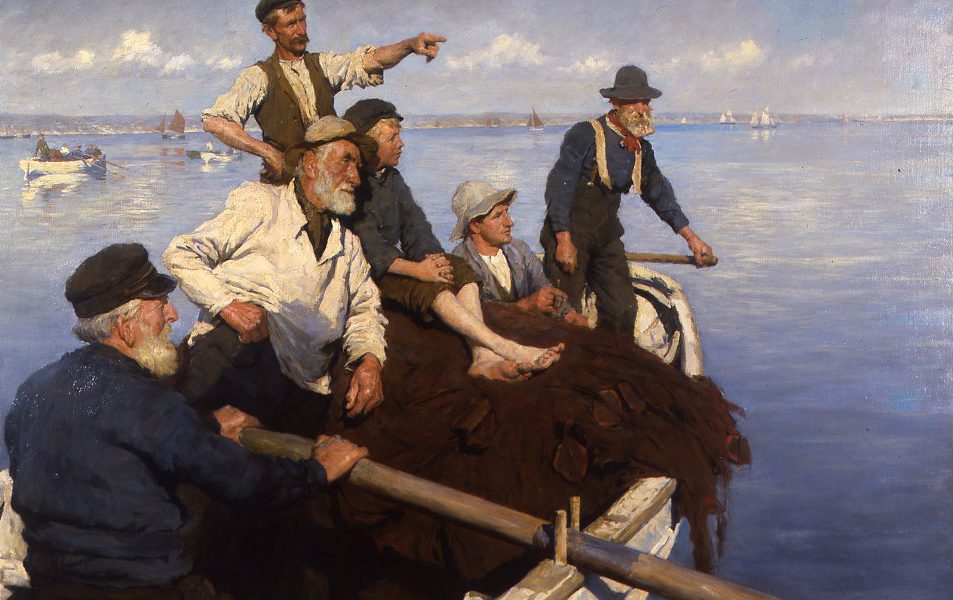 Stanhope Forbes (1857 – 1947) was one of the ‘greats’ of the Newlyn School artists’ colony which flourished from the 1880s onwards. Although by no means the first artist to set up in Newlyn, Forbes’s arrival galvanised the emerging art community and helped to build its national and international reputation. For this reason, he is often dubbed the ‘Father of the Newlyn School’, which reflects both his significance and his popularity.  Born in Dublin, Forbes trained at the Royal Academy Schools in London and finished his studies at Bonnat’s studio in Paris. After arriving in Newlyn in 1884, his national reputation was established a year later with the acceptance of his masterpiece, Fish Sale on a Cornish Beach at the Royal Academy. Comprising a stunning selection of key works from all periods of Forbes’s career, this exhibition celebrates his consummate skill as an artist. Throughout the Galleries.