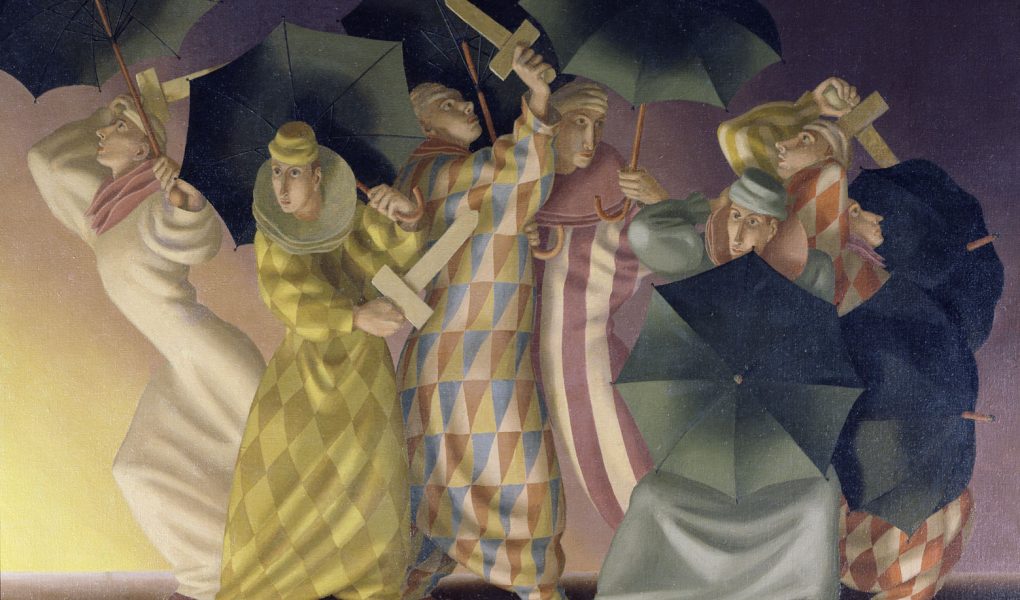 This exhibition examines the diverse range of work produced over the lifetime of this intriguing artist. John Armstrong ARA (1893 – 1973) studied briefly at St John’s Wood School of Art but was essentially self-taught. His one-man exhibition in 1928 established him in avant-garde circles, including that of Unit One with Ben Nicholson, Paul Nash and others. He later became deeply involved in theatre and film, designing sets for the Royal Ballet and costumes for ten of Alexander Korda’s epic films. Although his paintings show the influence of Surrealism, Armstrong was never a Surrealist; instead he forged a very personal style that confronted conventional ideas and beliefs with a blend of ironic wit and personal symbolism. After the war, he spent a period of time in Lamorna before returning to London and continuing his eclectic style that encompassed still life and classicism alongside more abstract works. Ground floor galleries. A selection of Newlyn School paintings on view upstairs in Gallery 5. Watch the John Armstrong short film here