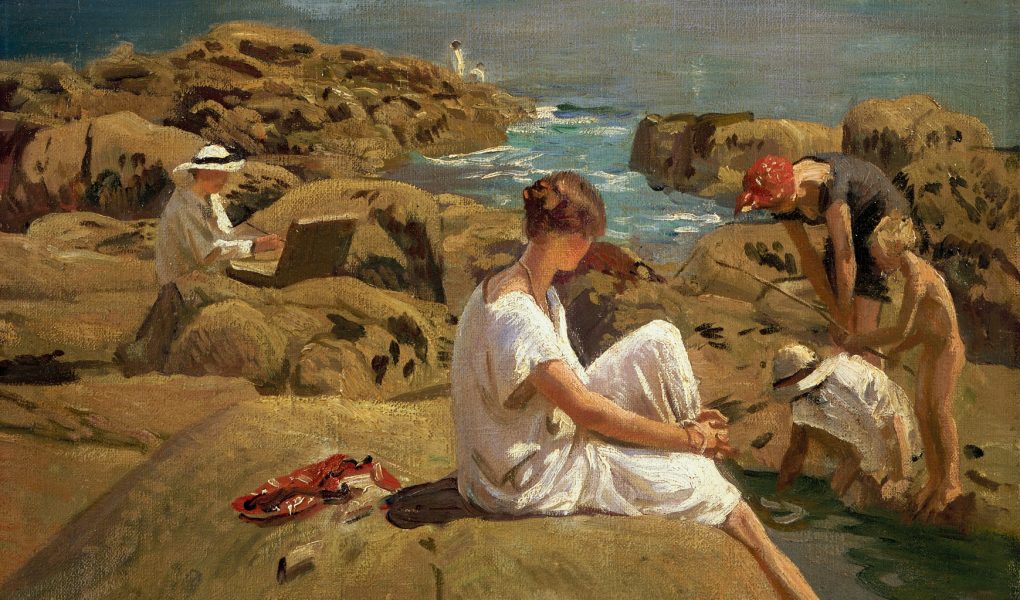 The redoubtable Dame Laura Knight (1877-1970) was a great celebrity in her time and her work is loved as much today as it was at the height of her fame. From her earliest days in Nottingham and Yorkshire she wanted to paint in the open air, which blossomed when she came to Cornwall, where she embraced the county’s wonderful light, its seas and rocky coast, as well as plunging into the colourful life of the artists’ colony. Her long and successful career included becoming both the first woman ever elected as a Royal Academician and the first artist ennobled as Dame Commander of the British Empire.

This summer, Penlee House is staging the first ever major exhibition of Laura Knight’s paintings to be held in her beloved Cornwall. Called In the Open Air, the show looks at the paintings she executed in the landscape, including her iconic views of women on the Cornish coast through to the wide and beautiful panoramas of English farmland spread out below the Malvern Hills from her golden years as a painter.

Amongst the host of stunning paintings, the star exhibit is Flying a Kite, the large canvas she painted on the hilltop above Newlyn in 1910, never before been seen in the county. It was shown to great acclaim at the Royal Academy that year, and was bought from there by Sir George Clausen for the National Gallery of South Africa (now Iziko) in Cape Town and it has been there ever since. Penlee House is thrilled to have secured the loan of this magnificent painting, which, for the first time ever, will be on public display just a mile or so from where it was painted – the first time in over a century that it has been on show anywhere in the UK.

Flying a Kite alone is probably worth coming to the exhibition for, but other treats make it a truly unmissable show. As well as Cornish works such as The Beach (Laing Art Gallery, Newcastle), Spring (Tate London) and A Summer’s Day at the Rock Pool (Private Collection), the show includes the evocative paintings of gypsies that made Laura Knight famous in the late 1930s, such as Gaudy Beggars (Aberdeen Art Gallery) and Ascot Finery (Dundee Art Gallery).

Although concentrating mainly on figures in the landscape, In the Open Air also includes Laura Knight’s depiction of the Nuremberg War trials (The Dock, Nuremberg,Imperial War Museum London), painted in 1946. As well as fulfilling her main task of painting prisoners such as Goering and Hess in the dock, she also included an evocation of the landscape of Nuremberg, shown still burning from Allied bombings.