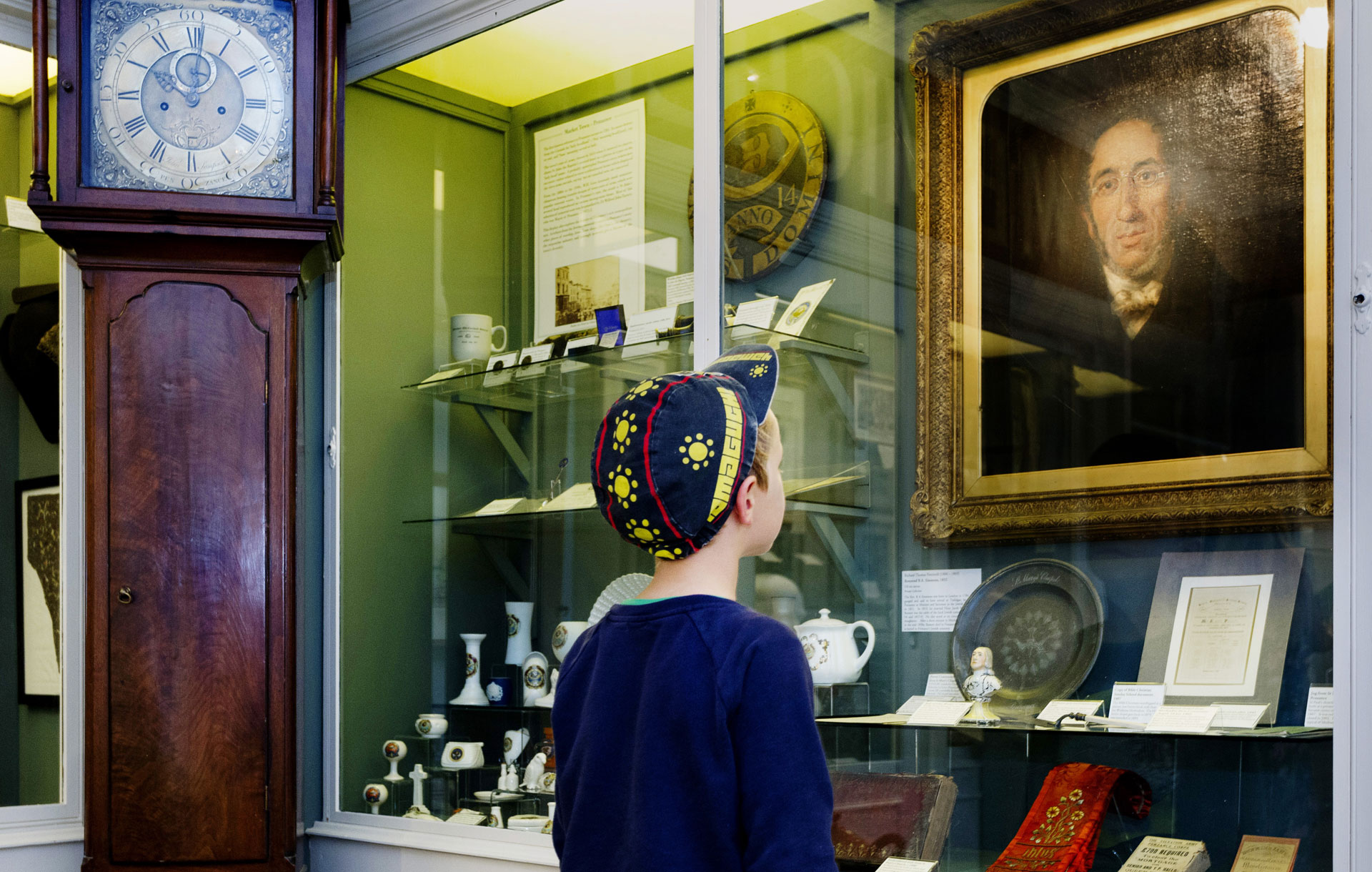 The History of Penlee House

Our origins as a museum date back to 1839. As a building, Penlee House dates from 1864 and was originally the home of the Branwell family. The house and park were bought for the town after the Second World War.

A Brief History of Penlee House

Penlee House was built in 1865 for the wealthy Penzance miller and merchant, John Richards Branwell. The house is built in the Italianate style and is probably the work of the Penzance Borough architect John Matthews.

In 1860, J. R. Branwell began a series of land purchases on the Western outskirts of Penzance with the intention of providing a site for his new home and a large park to surround it. During the refurbishment of Penlee House in 1997 a stair tread was found with handmade nails marked with the year 1864, which confirms that the house was under construction in that year.

The parkland surrounding Penlee House was laid out with formal and informal gardens and a lodge was built at the Trewithen Road end of the park. When the house was first built, Morrab Road was not in existence and the Penlee House Estate directly bordered onto the Morrab House Estate, the home of Charles Campbell Ross MP, which later became Morrab Library and Morrab Gardens.

Penlee House originally contained three reception rooms, a dining room, breakfast room and drawing room, with a scullery kitchen, butler’s pantry, dairy and office. The first floor was approached by a formal staircase from the hall which is still in existence, and via a servants’ staircase. There were three main bedrooms, including separate bedrooms for J.R. Branwell and his wife. A small dressing room and a large bathroom were approached through the main bedroom. There were a further four small bedrooms which over the years were used by members of the family or as servant accommodation and later as junk rooms/storage.

In 1946 the estate was purchased by public subscription to be a War Memorial which would also house the Town’s historic and art collections. The house opened as the District Museum in 1949 with further refurbishment taking place in 1974. In more recent years the building has been completely refurbished, but every attempt has been made to retain the character of a mid-Victorian villa.

History of the Museum

The institution now called Penlee House was initially known as Penzance and District Museum, and was founded by the Penzance Natural History and Antiquarian Society in 1839. Its first home was in the Market House, which had just been completed. The Museum was situated in the dome of the building and contained a mixture of Natural Science, Archaeology and Ethnological artefacts – a typical antiquarian museum of the period. One visitor described it as “a mangy lot of skins and skeletons under the charge of an imbecile old man”.

In 1867, the growing Museum moved to the newly constructed St John’s Hall, the town’s main public building. By the end of the decade, however, the Penzance Natural History and Antiquarian Society had more-or-less ceased to exist and the Museum was in a sort of hibernation. The society was reformed in the mid 1880s, but as no rent had been paid for the museum premises for many years, specimens were sold to raise money and to clear the debt. Insect damage to the Natural History collection meant that much of it was subsequently destroyed.

The Museum remained in St John’s Hall until 1947. The society sold the collections to Penzance Borough Council in 1937 for a nominal sum, with an agreement that they would be displayed for the public good. 1939 saw the collections put into storage and unfortunately many items subsequently disappeared. No record of the Museum’s extensive Egyptian collection can be found. Also missing is a Bronze Age gold torque, and more unusual items such as the hand of a Mummy with a gold signet ring, a shrunken head and poisoned arrows.

At the end of World War II, the owners of the Penlee Estate were planning to build on the land and to demolish the house. The then Mayor, Robert Thomas, decided to open a public appeal and purchase the estate as a War Memorial. The estate is about 15 acres, and the purchase price was £13,000. It was decided to use the house as a museum and arts centre, plus two domestic council dwellings.

The Museum was opened in its new home by Sir Cyril Fox on 24th June 1949. It was administered by the Borough Librarian from 1949 until 1974, when Penzance lost its borough status and the Museum became the property of Penwith District Council. In 1985, ownership of the Penlee Estate reverted back to Penzance Town Council.

In the 1990s, substantial funding was raised from various sources, including the Heritage Lottery Fund, the European Regional Development Fund, Penwith District Council, Penzance Town Council and the Friends of Penlee House, to refurbish and develop the Museum and Art Gallery. Overseen by Robert Allen, architect, the building was completely redeveloped, adding gallery spaces, lift access and the cafe and shop, as well as refurbishing the museum. Care was taken to preserve the feel of the original genteel Victorian home, while providing state-of-the-art conditions for the display and care of the collections.