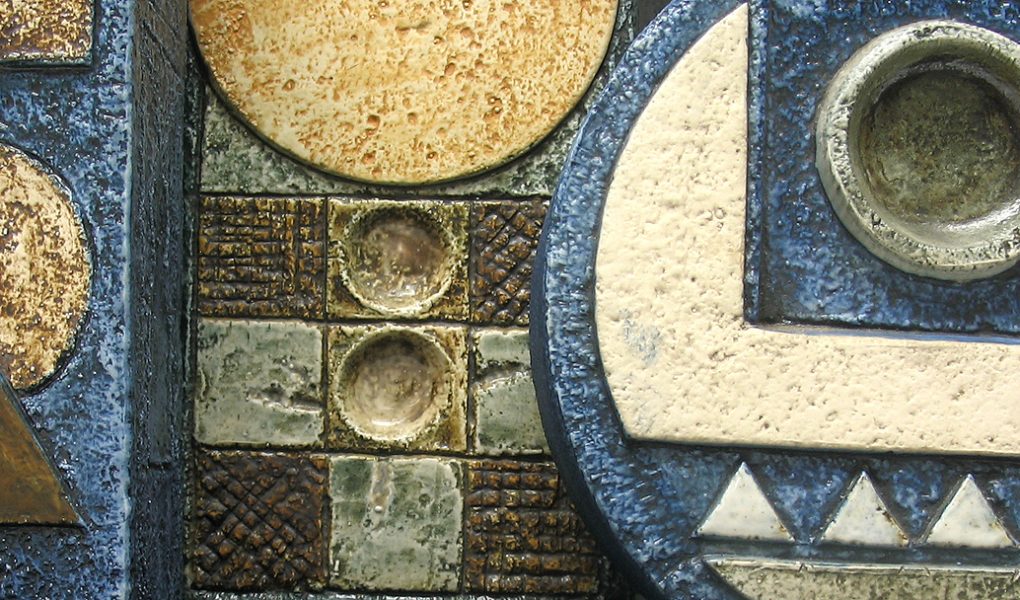 In celebration of the 50th anniversary of the founding of Troika Pottery in St Ives in 1963, Penlee House Gallery & Museum in Penzance is presenting the first exhibition in twenty years of the work of the group of artists who created and made this now internationally famous brand of pottery. Including works from private collections throughout the UK, the exhibition gives a rare chance to see a wide range of pieces together and in such quantity.

The exhibition aims to allow the visitor to experience Troika as sculpture rather than functional objects, to value these pieces as art rather than how much they are worth at auction. These ideas were developed from the extensive research by Ben Harris and Lawrence Illsley which forms the basis of their new book, ‘Troika 63-83’, being launched at the exhibition to coincide with the anniversary celebration.

Troika began as a commercial pottery in March 1963. It was set up by potter Benny Sirota, sculptor Leslie Illsley and architect Jan Thompson. Over time, Troika’s work changed from functional craft objects to conceptual stand-alone pieces of sculpture, extending the ideas and practise of sculpture into the medium of clay. The use of clay at Troika meant they, as artists, had access to this as a medium of creation. By mass-producing their output, they were able to allow more people access to the ownership of art objects – a process known as ‘the democratisation of art.’

By 1970, the business had outgrown its humble studio in St Ives and moved to Newlyn in order to continue its expansion. Troika has had a major impact upon local history, both as a creator and as an employer. This exhibition and book will attempt to highlight the importance of these later years. It was in Newlyn that the highly unique textured range became fully developed and it was here that Troika produced work in such quantity that they were able to become the household name that they are known as today.

Although it is easy to see Benny and Leslie alone as the force which moulded Troika’s journey through two decades, it is important to recognise the others who influenced the company’s history. To see Troika as a group, we also need to understand the contributions made by those people who joined the collective; the casters, fettlers, decorators, and those who bought the work they produced. The book and exhibition intend to highlight this group dynamic and show work produced by many different hands.