Through the Lens: Pictures from a Magic Lantern 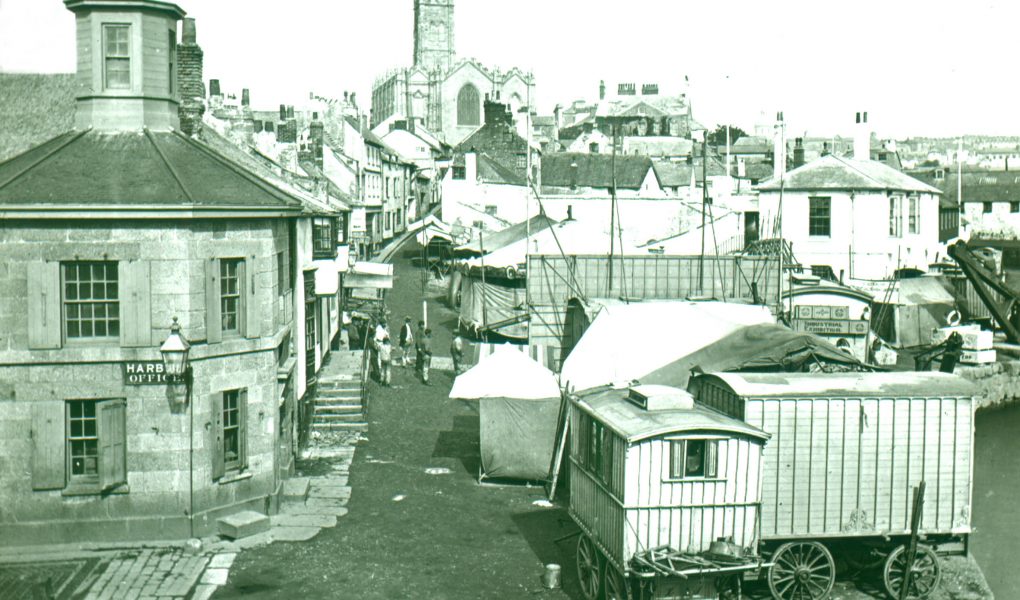 On show at Penlee House Gallery and Museum from 21 January is an exhibition of long-lost photographs of the town and the surrounding district taken from a Magic Lantern slide show put together by an unknown local historian some 50 years ago. The collection was purchased by Penlee House from David Lay’s Penzance Auction House in 2009, with grant aid from the MLA/V&A Purchase Grant Fund – a national organisation which helps Museums to buy important items – and funding from the Friends of Penlee House. Since then, a team of volunteers has worked to scan and research the images so that they are now available for the public to enjoy for the first time in many decades.

The Magic Lantern was developed in the 17th century as an early form of image projector. It uses a concave mirror to direct a light source through a translucent slide so that the image on the slide is projected through a lens onto a wall or screen. When it was first invented, candles or oil lamps were used as the light source and the images projected were painted onto the slide, but the invention of photography in the 1830s and of the electric arc lamp in the 1860s led to eventual use of the Magic Lantern to project photographic images with great clarity. The technology was instrumental in the development of moving pictures, but was also used for illustrated lectures, in the same way that we use PowerPoint today.

With the popularity of photography in the Victorian era, animation and illustrated stories slowly gave way to real life documentary images. Magic Lantern slideshows were a great attraction and lanterns became widely available for the well-to-do home. If you could not afford one, there would no doubt be a show going on in the village hall or school, where an excited crowd would gather to look at photographs of faraway places and momentous happenings. This particular collection was clearly amassed to tell the history of the Penwith area through the 19th and early 20th centuries, using unique images of significant local events, ranging from shipwrecks and fires to major building projects, intriguing visitations and important celebratory gatherings. It is hoped visitors to this exhibition will find these images of not so faraway places exciting and insightful in the same way as the original audience did all those years ago, and discover a local past through the lens of this collection.