Compass’d by the Inviolate Sea: Marine Painting in Cornwall from Turner to Wallis 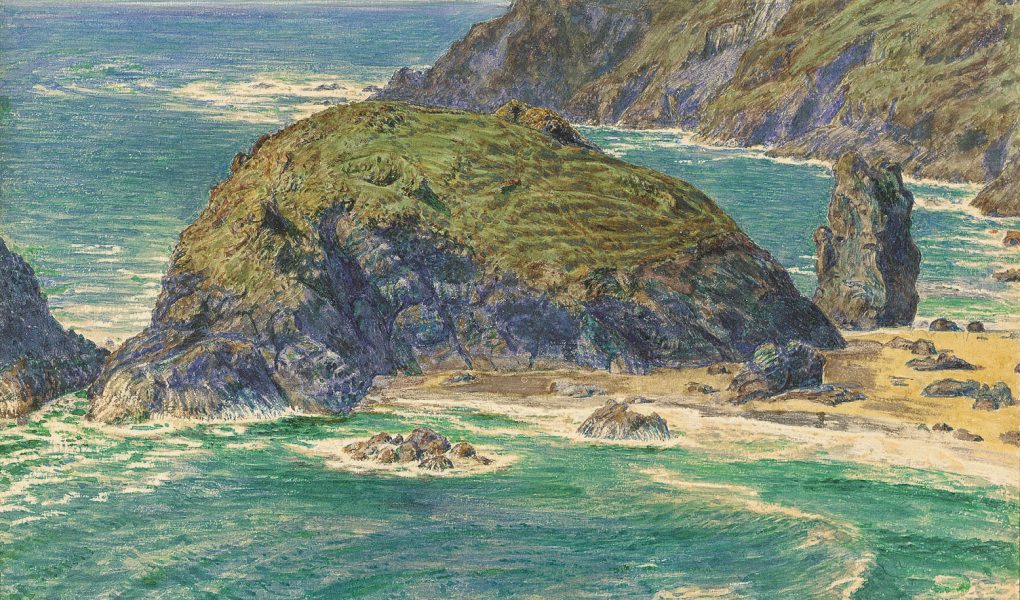 From the 19th century onwards, artists were drawn to the Cornish coast, capturing on paper and canvas the romance and rawness of rocks and waves. After JMW Turner’s paintings and engravings from his visits in 1811 became widely known, leading British marine artists painted in Cornwall, producing iconic images of places such as Land’s End, St Michael’s Mount, Kynance Cove, Gurnards Head and Tintagel. From the 1880s, artists settled in Newlyn, St Ives and Falmouth and depicted the lives of the local fishing communities.  The marine tradition was continued in St Ives by Julius Olsson and later, his students, such as Borlase Smart and John Park. However, it was the naive marine paintings on bits of rough cardboard by rag-and-bone man, Alfred Wallis, which were to inspire a whole generation of British modernists.

Immerse yourself in Penlee’s summer show and discover why the Cornish coast was held in such fascination by some of Britain’s finest artists. Curated with the assistance of David Tovey. DOWNLOAD THE EXHIBITION HANDLIST HERE