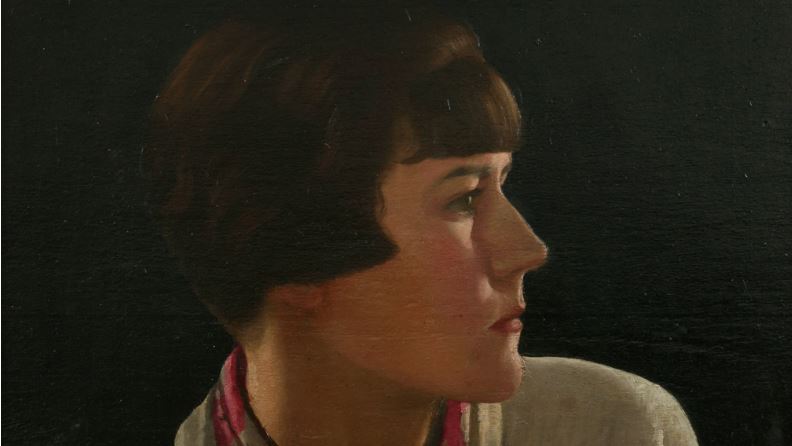 The exhibition featured a selection of over sixty portraits of artists associated with the internationally renowned Newlyn School and Lamorna Colonies such as Stanhope and Elizabeth Forbes, Walter Langley, Fred Hall, Laura and Harold Knight, Dod and Ernest Procter and Lamorna Birch to name but a few.

Rather than focusing on their more familiar subject matters such as the social history of the local area or the bright landscapes of West Cornwall, we were seeking to give an insight into the artists’ own lives by showing self-portraits and portraits of the artists and their families by their contemporaries.

The exhibition featured favourites such as Fred Hall’s intimate caricatures of the early Newlyn School artists including Stanhope Forbes, Norman Garstin and Frank Bramley alongside self-portraits by these artists.  Also on show was the impressive and large painting Spring by Laura Knight, which depicts fellow artists and friends Charles and Ella Naper, and a previously unseen portrait of Robert Morson Hughes, painted by Harold Knight as a ‘study’ for his painting The Council.

Borrowed from a range of public organisations such as Tate, the Royal Academy and Gallery Oldham, the exhibition featured several portraits from Penlee House’s own collections, as well as works on loan from private collections. In addition, the show incorporated photographs of some of the artists to really give a feel for how well their likenesses, and perhaps personalities, have been captured.